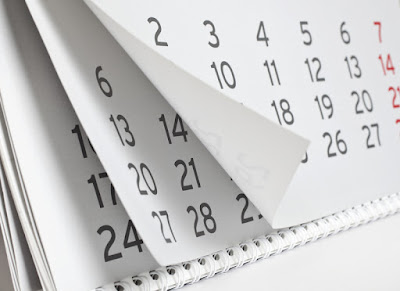 2008 was a pivotal year for me. For those who do not know, my project places repaired computers into the homes of financially disadvantaged students.

In 2008, The HeliOS Project was invited to become an affiliate of Software in the Public Interest. That was a huge deal for us in that it allowed us to offer tax receipts for donations. I never fully realized just how important this is until I was able to provide this documentation to donors. It tripled our hardware donations within 90 days of becoming part of SPI.

It was also the year that HeliOS began our work in earnest. We had potentially stacks and stacks of computers then, as opposed to the half dozen or so out in my garage on any given day. With that growth, we were able to get down to business, the way I had always planned this project to grow. In 2008, we places 291 computers into the homes of disadvantaged kids in and around the Austin area. 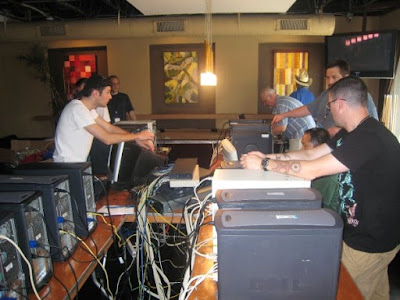 2008 was also the time when the seeds began to germinate in the mind of Mr. Lynn Bender.
Lynn would go on to organize a project called Linux Against Poverty (as seen on the right) and Lynn's monumental effort would supply over 500 computers in the next two years for The HeliOS Project.

It was also the year my wife decided that my project would not bring in the money that my previous employment had. If fact, it didn't bring in any income at all. It never has and never will. I drove truck for a third of what I was making prior to my injury. Divorce papers ensued.

But 2008 was also the year that we presented three computers to people that would go on to earn their PhD,  five people would achieve their Masters Degree, and 129 of those recipients would go on to earn their Bachelor's Degree. Keep in mind we are not able to keep track of all of our computer recipients so those numbers could be higher. These are just the ones that I can verify. 2008 was the year we hit the accelerator and tested out just what this baby could do. Turns out she could do plenty. 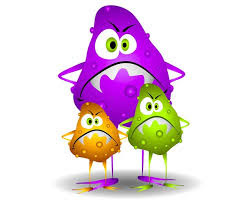 I've spent last November and December fighting off and recovering from pneumonia. Twice. While it wasn't pleasant, it gave me a chance to finish a project that I began two years ago. conducting in depth interviews with the students and parents of those who received a Helios/Reglue computer.

When I first gathered the initial volunteers for HeliOS, there were many people, even some who have read this blog for years; that questioned the decision to put Linux on every computer that left our shop. I mean, let's face it. It's a Windows World out there. Business, for the most part, use Windows almost exclusively. Or at least they did when this was getting started. Some said that we'd be wasting our resources by putting a little-known and difficult operating system on our machines. 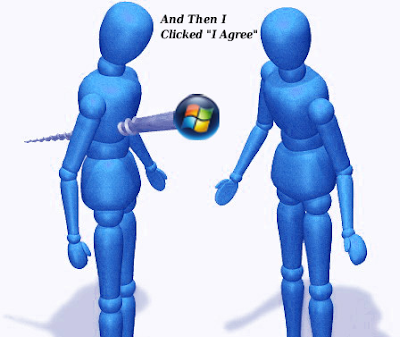 Let me tell you the exact moment I knew those people were wrong. No, I mean the EXACT moment when I knew. It was June the 9th at 11:42AM. This was as close to a profound revelation as I will ever get.

Back then, one of our revenue means was installing The Linux system on new customer's computers. Sure they weren't exactly kicking the door in, but it helped pay the bills. For the most part, these people were happy with their Linux computers. One of the  more frequent comments was just how free the new linux user felt...minus the constant worry of virus and malware infections. But that wasn't what turned the light on for me.

I was contacted by a small real estate company in Austin that wanted to use Linux in-shop with Windows available just for the specialized MLS real estate software via a program like Virtualbox. The owner asked me to place it on one computer for the time being and they would see how that worked out before we did an entire office roll out.

I had brought a number of installation disks with me, as I always did. If I  had learned anything in 2008, Linux wasn't a one size fits all system. Some computers and hardware took to it, some not so much. The immediate disadvantage is that Microsoft Windows works on most any computer you install it upon, sans the peripheral driver glitches.

The real stinker was going to be the mammoth Ricoh print/copy complex that spanned the entire back wall of that office. I even nicknamed it "The Death Star." Once I saw wall of metal and plastic, in my mind I actually thought this was pretty much the ball game and I'd just be going through the motions before I told my customer we couldn't be of any real service to him. 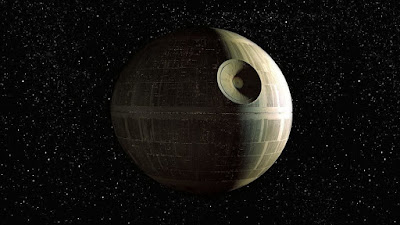 Printing in Linux in 2008 wasn't exactly great. Fact is, for the most part it sucked. Just the day before, I struggled for hours just to get a Samsung printer visible to my Linux machine. Like right next to it visible. And as I had expected, distro disk after distro disk failed to even see the Ricoh printer. From Debian to Ubuntu to Fedora and others.....I only had one left to try and I almost blew that off. Almost.

But I had to at least see. I didn't have a lot of faith in anything Mandrake at the time. But up to that point, I had become quite enamored with Connectiva. Seems my mistrust was mis-spent. Not only did Mandriva see this White Whale, it provided me a link to download the software for a more detailed user interface. This was 2008 mind you. I must have sat there slack-jawed for 30 seconds before I got back to pretending to know what I was doing. Mandriva? Really? With an additional print spooler downloaded from the CUPS site, the Ricoh printed perfectly from that computer. And offering features today's distros still lack in printer control. It was at that moment that it all came into perspective for me. To heck with desktop share percentages and all the sniping and minor warfare those supposed arguments and numbers created. We had been going about those numbers wrong straight out of the gate.

I knew right there and then that Linux would work on a lot more computers than it was given credit for. With some research and due diligence, things would indeed be getting easier. It was simply a matter of knowing what distro would work best with specific hardware sets. And the kerfuffle over formatting issues between LibreOffice and Microsoft Office? Just call your recipient and ask what version of office they are using. Hours of problems were avoided simply by placing one stinking phone call. I worked by trial and error, documenting everything and sharing that information so everyone might benefit from it became one of my priorities.


With the best intentions in mind, many people warned me against pushback. Windows is entrenched in the workplace, in the schools and at home. According to popular belief at that time, People just wouldn't want to invest any more time learning another operating system. To be honest here, I worried about that as well.

Fortunately as it played out, that worry was a waste of emotional energy. Not that there weren't problems in the beginning. There were, but once I was able to show these students a few simple ways to avoid Windows and Linux bumping heads; these kids dug in and began to learn. As it turns out, it wasn't the students I needed to worry about. Others with much more sway were waiting in the wings to undo months of preparation and success. People that, with ill intention or not, could sink the good ship Linux, at least locally on my end. Initially, some of them did quite a bit of damage.

Set your reminders to join us a week from this Monday (January 14th) for part Two of "Ten Years After". I will be introducing you to some astounding people. Folks that achieved their dreams of a PhD, Masters or Bachelor's degree, using Linux to do it. Young people that were inspired to write software, to design games and yes, even go to work for Nvidia, Ebay, Amazon ....and yes, even Microsoft. All of it. From start to finish. Linux computers got these kids through school and into the workforce.. And you are going to hear directly from them how they did it. 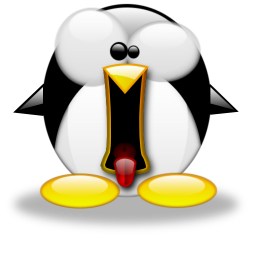