What The Future Holds? You Are More A Part of it Than You Know. 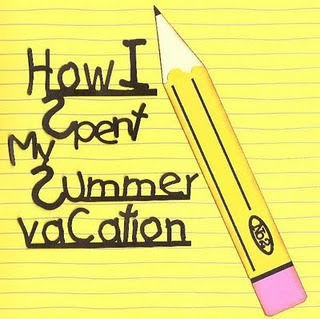 During the annual school summer vacation here in Taylor Texas, it's not uncommon for some of our Reglue kids to come into the shop, looking for something to capture and maintain their interest(s). Some like to come to help with computer repairs, while others look to expand their life-learned skills. These skills might not transfer toward an accredited school and degree, but hands-on experience in things they probably wouldn't have an opportunity to learn elsewhere.

Those experiences can range from learning the correct way to lift heavy objects to correctly operating a hand dolly. safely using a hand dolly doesn't come pre-packaged in our brains. Much too often, these kids cannot judge the weight-to-tilt ratio in order to make the task safe and easy. Some have not learned to do simple things like this without hurting themselves or having it come tumbling down around or upon their feet. We don't just teach computers and Linux at Reglue.

Some will ask to learn how to back a trailer into a relatively small space. I drove a truck in the armed service and as a civilian so I teach those who want to learn. Some of you may laugh at this, but you might be surprised by how many young kids, and even some not so young kids, cannot bring a loaded hand dolly to the proper tilting angle to push or pull it. And backing up a trailer? Unless you have done it before, don't snigger about someone not knowing how to accomplish this seemingly easy task. Some of you might think it's a straight-away deal. Go ahead and jump into the cab of a truck and back it into a dock. We'll wait and have the pleasure of giggling at you.That is until you get frustrated and walk away. This is a skill that can take years to perfect.

However, the majority of our Reglue kids come to the shop to gain knowledge about computers. Many of them have previously received a Reglue computer and many of them are enthusiastic about learning to use a system much different to their Microsoft experience.

Much of this extended education begins in our classroom. We have a small learning lab that allows kids to "float" sessions they've missed or arrived late in previous classes. Of course, I don't do this alone. My deepest thanks goes out to James Lantzch, Pete Salas and other volunteers. My buzz-box voice can get difficult to understand the longer I try to use it. Unfortunately, some of these kids can be freaked out by the sound of my electronic voice. Especially the younger ones. The volunteer help has given me the time to pursue other Reglue tasks and allows me to get both Diane and myself to our various doctor or medical appointments.

So with the steady influx of kids coming in for various activities, we often hold "lightning talks". Kids take their 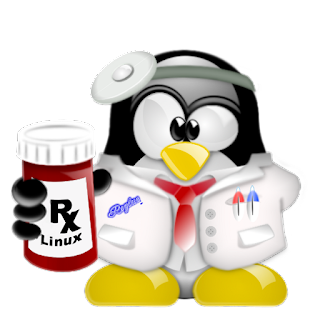 places at the various tables around the classroom and someone will yell out or ask for discussion of a particular topic. Sometimes it will be a question about performing a particular task on their Linux-powered machines. Tasks like how to find a particular software file that is not offered in their system repositories. Other times, it might be a question about how to choose and use a backup solution for their systems. Recently, a question/topic was introduced which seemed to take on a life of it's own. It was hands-down and presently a favorite topic of discussion.

Why are there so many Linux Desktop environments?
On Windows and Mac computers...what you see is most often what you get. You can, if so desired, decorate your Windows or Mac machine with different icons and styles, but for the most part, unless you purchase third party software, your computer still remains the same machine you initially purchased. Rarely do any of the cosmetic changes alter the way the computer works. But as we all know, those of us living in the Linuxsphere; this ain't the case for us at all.

Herein, we are dealing with high school students, ranging in age from 14 to 17 years of age. All of them are recognized by their peers and teachers to be techno-geeks and wizards. But as it is with many of us, it was our interests that piqued our curiosity. After 4 weeks, in which all 9 of them attended 2 hour workshops weekly, the subject matter was collected, dissected and inspected thoroughly. But as it often is with discussions like this, when it appears that loyalty cuts the groove trail for the discussion to follow; it's not uncommon for bias to color any remarks or responses.

So who'd we dissect? All of them mostly. All but the most obscure and lost in two decades of evolution. From KDE to LXDE, Xfce to Mate and Cinnamon...and yes, even Unity. Not to mention the many iterations of The Gnome Shell.

We tore them all down. Explored their abilities and limitations, discussed how they could be improved or tweaked. Some of our advanced kids are even studying Python, HTML and other languages in order to affect some of the changes they'd like to see. Two of them have advanced far enough to become novice developers withing two well-known software programs. I couldn't be more proud, although sometimes I feel like a complete fraud...spurring these youngsters on to do things I have not or can not do. How does that saying go?

That saying never meant much to me until recently. If the shoe fits, and all that.

As it pans out in this study group, The most tech-wise and gifted students gravitated toward a simple desktop solution. "Bloat" is a word that is often used to describe software or systems that have a lot of stuff going on within it. But what you refer to as bloat, I see as a feature or tool. Two within our group discovered IceWM and Fluxbox while one especially gifted Junior in high school elected to use ssh with X forwarding.

But when it came down to it, the core of the class settled on Cinnamon as their DE of choice. Possibly because it was the closest thing to Windows for them? Maybe. Or as one student noted, "it gives me what I want without having to go looking for it." And it doesn't hurt that it's easy on the eyes. My Cinnamon desktop with the joy-blue controls theme. 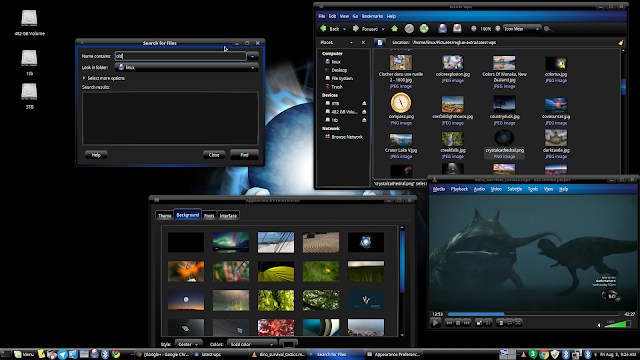 Now, I do have some quibbles with Cinnamon. I'm all about customization. I tried the latest Kubuntu, as I like the theming options KDE gives me; but so much has changed within that structure, I just can't get it to the level of aesthetics I achieved with KDE4. My problems with Cinnamon are silly to some. I like to be able to change the icons in my system tray. Unfortunately, those seem to be fixed. And yeah, there's Mate. Mate allows those changes but try as I may, and again this is just me; but when I've done all that I can do with my Mate Desktop, it still looks like 2003.

That being said, Mate has proven to be the most stable desktop I've used in the past 3 years.

So come this Sunday evening, when these kids start rolling in and taking their seats; we'll see where the topic takes us. I have a feeling that we'll finish our discussion on VPN solutions for Linux. There are many more than I expected there to be and your input is valued here. Is a VPN tied to one machine or a network? Concerning Linux, what are your experiences and thoughts on VPN services available? And foremost, if you were a teacher of mentor and were to be asked what the computing language of the future will be, what advice would you give?

I think it's a fair question and one that I am humble enough to admit not knowing the full answers.

But through it all, what I want you to know is that these kids getting their first computer is opening a new world for them. A world without restrictions, a world you built for them. I wish you could have been with me the past 13 years...seeing the absolute joy and wonder these young people experience when they finally "get it". That a computer is more than just a means to consume or play. It's a factory to build, to design and to work in any manner you wish. It's a gateway to understanding an entirely different philosophy of freedom.

No matter what part you have played in using and building the Linuxphere, rest assured a bit of you goes into every computer we place for these young people. And you should take pride in that. Yeah, maybe we are all simply cogs in the machine. But the machine we run is changing the world. 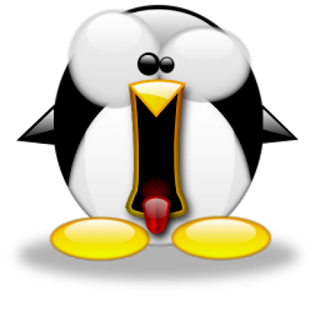